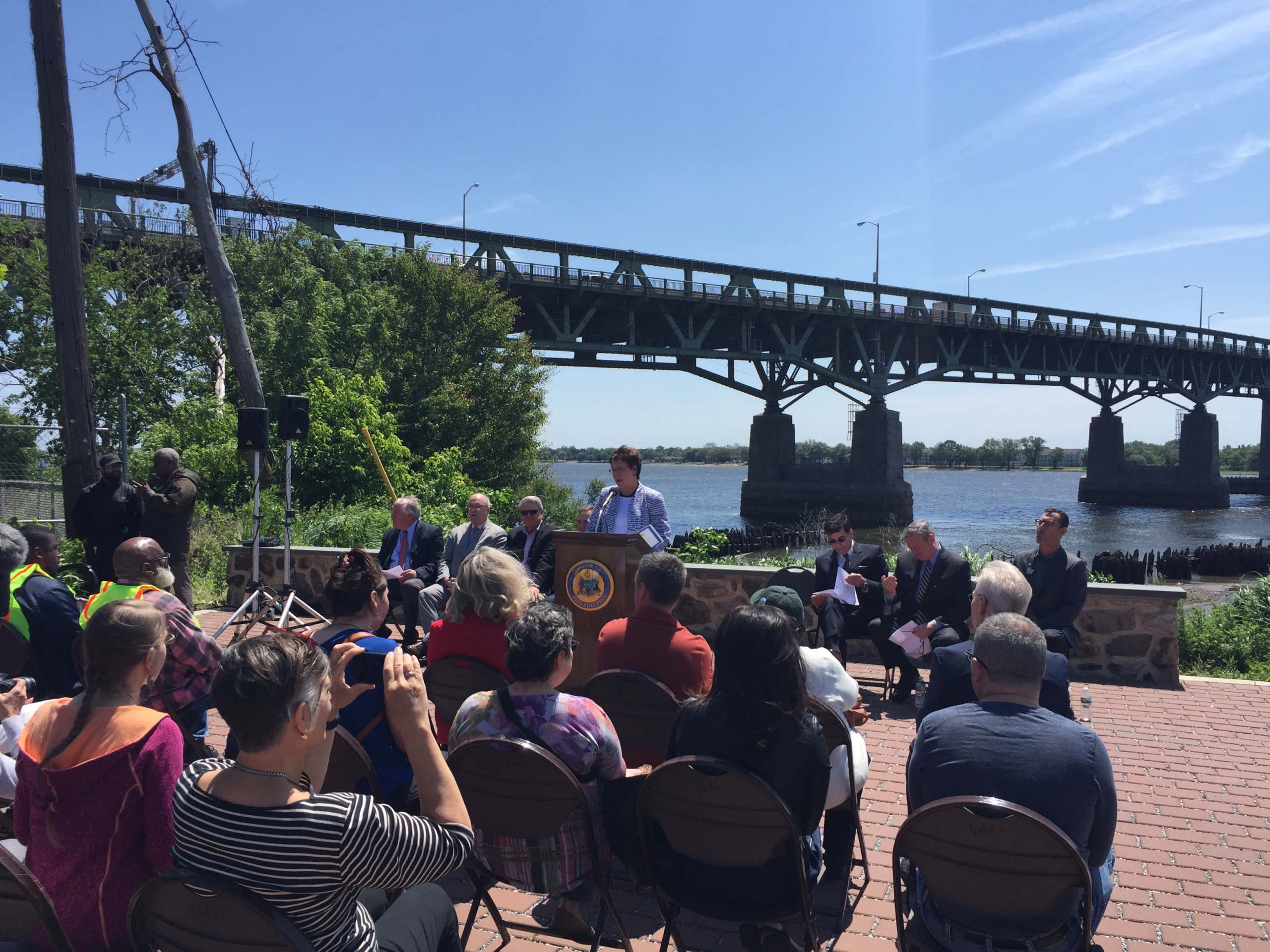 It was a windy, but beautiful morning along the Delaware River today as we gathered with our friends at Philadelphia Parks & Recreation and Delaware River City Corporation to break ground on the K&T Trail. The future 1.15-mile Circuit Trail, which is expected to open in 2017, will run between Magee Avenue and the Frankford Boat Launch, connecting the Wissinoming and Tacony neighborhoods along the river.

The star of the show was of course, Mayor Jim Kenney, who spoke about his commitment to continuing Mayor Nutter’s dedication to improving parks and trails in addition to connecting more Philadelphians to green space. Go Mayor Kenney!

Enjoy the photos of the groundbreaking at Lardner’s Point Park below. We look forward to seeing the completion of the K&T Trail in 2017! 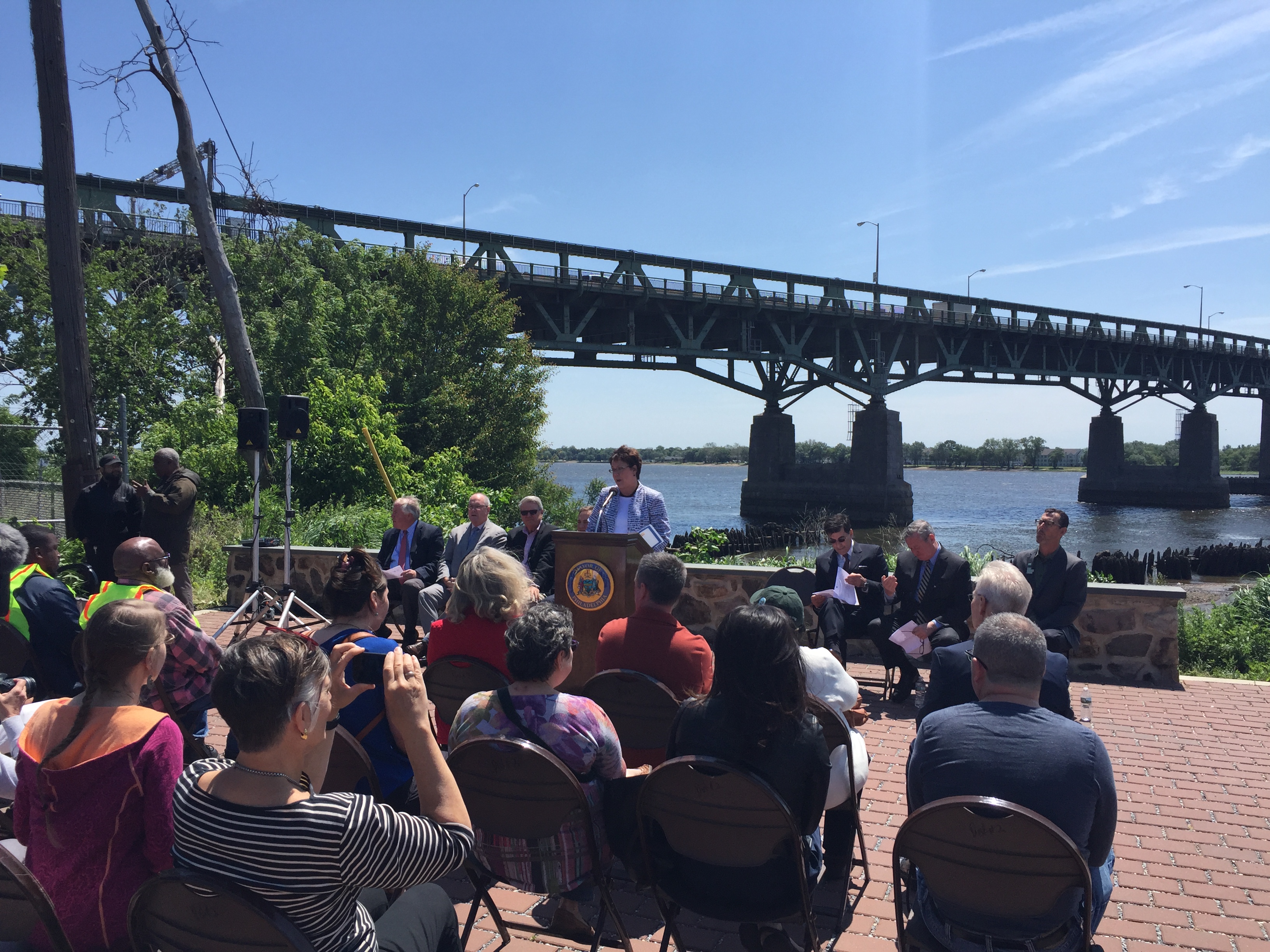 [Parks & Recreation Commissioner Kathryn Ott Lovell served as the MC for the event. The picturesque Tacony-Palmyra Bridge was the perfect backdrop for the press conference.]

[Mayor Kenney took center stage at the ground breaking ceremony to speak about his commitment to improving parks & trails.]

[Smiles all around after completing the official groundbreaking of the K&T Trail!]

To read more on the K&T Trail groundbreaking from Philadelphia Magazine, click here.