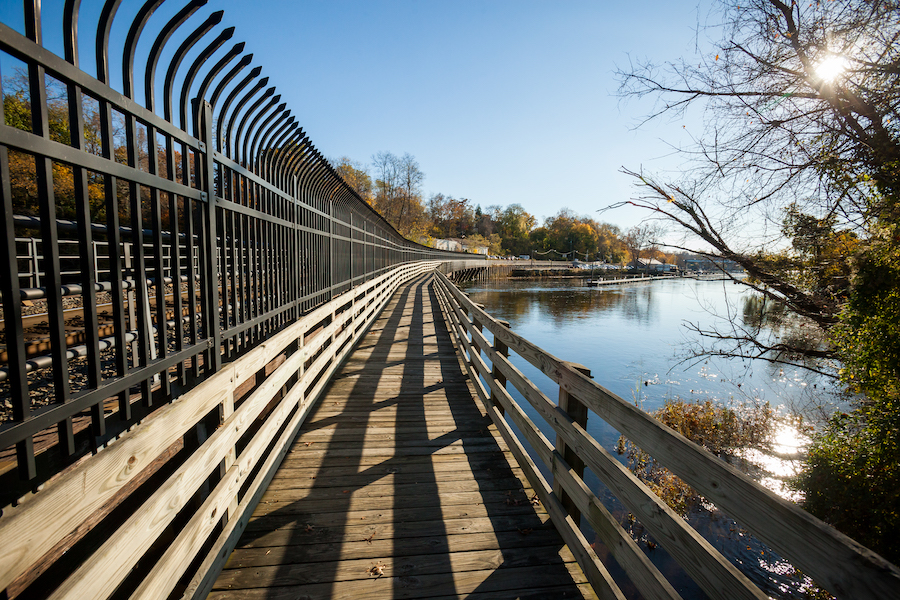 For New Jersey trails and active transportation, 2022 has been a record year. The year has brought groundbreaking investment for trails across the state—including the Circuit Trails, a developing, interconnected network of trails in the Greater Philadelphia and southern New Jersey region. This investment has significantly moved forward the Circuit Trails Coalition’s (the Coalition) short-term goal of completing 500 miles of Circuit Trails by 2025, but in order to reach this mileage milestone,  New Jersey must at least match the trail-funding levels of 2022—and we need your help to make it happen. Read on to learn more and how you can get involved.

Why is the Yearly Budget Process Important to the Circuit Trails?

If you want to learn about a state’s priorities, take a look at its budget. Every year, after the New Jersey Governor presents the budget, there’s an opportunity to comment and request support for specific programs, projects, departments and more at public hearings held by the state’s Senate Budget and Appropriations Committee and the Assembly Budget Committee. These hearings often happen between March and April. After the hearings, there are continued discussions and negotiations on the budget until it is finalized for the next fiscal year, by July 1.

For the Coalition, it’s important to testify at these hearings to remind our elected officials that trails can deliver powerful benefits for public health, transportation, safety, local economies and recreation. And to realize these benefits, we urge our elected officials to prioritize walking and bicycling investments to make the state safer and more equitable for all its residents, especially when it comes to building out networks like the Circuit Trails.

Thanks to the continued advocacy and support of people and partners around the state, funding for New Jersey’s trails, including the Circuit Trails, grew last year.

To build on last year’s funding, the Coalition is asking New Jersey state representatives to invest $18.2 million in 2023, specifically:

Representatives are making decisions on next year’s budget right now. Before they finalize these decisions, tell your state elected officials to prioritize trails in 2023 by signing the Coalition’s pre-written email that expresses how important trails are to you and the community.

Thank you for your continued advocacy and for helping us reach our goal of 500 miles of Circuit Trails by 2025!