The Schuylkill River Trail Keeps Getting Bigger and Better! 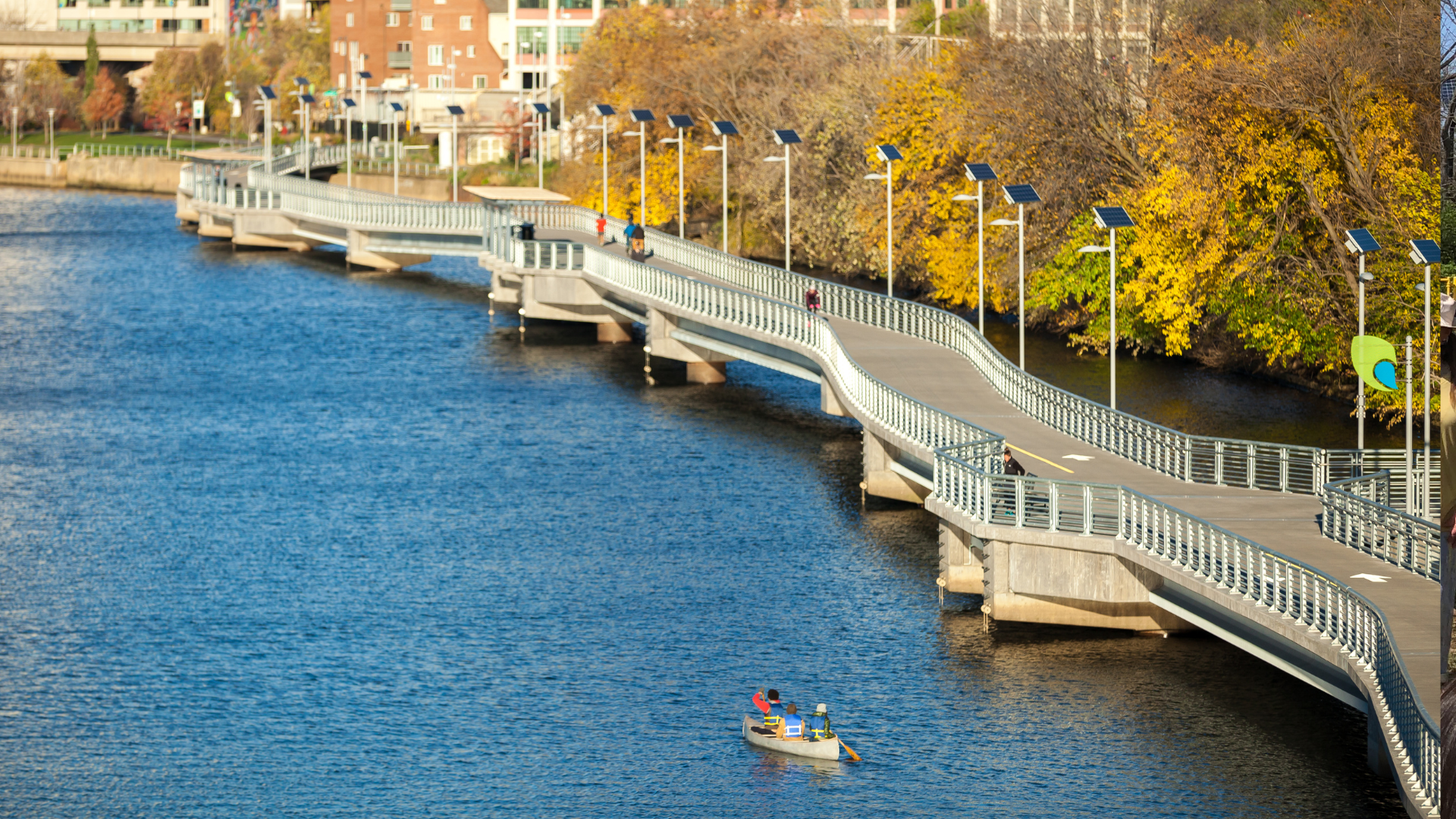 On any given weekend, no matter the season, you’ll find people traversing the incredibly popular Schuylkill River Trail (SRT) #OnTheCircuit. For cyclists, walkers, bird watchers, runners and so many more, the multiuse trail is a go-to destination for exploration and relaxation.

Currently, the iconic trail stretches 80 miles in segments of various lengths from Southwest Philadelphia into the suburbs of Montgomery, Chester and Berks counties, and all the way out to Schuylkill County. Excitingly, focused growth and community efforts have allowed for the completion of new Schuylkill River Trail segments over the past few years, and the trail growth efforts continue with plans to close critical remaining gaps and expand the trail’s lower end in Philadelphia and the upper end in Schuylkill County.

In 2021, the SRT celebrated several successes and multiple gaps within the trail have been connected. In November, elected officials, the City of Philadelphia, Schuylkill River Development Corporation, community members and trail users came together to cut the ribbon on the newest segment of Schuylkill Banks in Southwest Philadelphia, extending the Schuylkill Banks segment 1,800 feet south.

Then on April 22nd 2022, as part of a celebration of Earth Day, a 4-mile section of the trail running north from Linfield Road to Fricks Lock Village within East Coventry Township opened to the public. The new segment is part of Chester County’s final phase of filling a gap between the Parker Ford section of East Coventry and Pottstown. 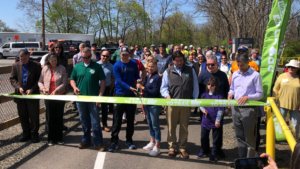 What’s Next for the SRT?

As of summer 2022, there are several projects already in the pipeline for extending the SRT. The trail to Bartram’s Garden is in need of a link between Grays Ferry Crescent and Bartram’s Mile. Construction is underway on a new and fully operating swing bridge, which is anticipated to open mid-2023, that will meet ADA requirements and allow for easy access across the river for trail users.

Another project includes the Christian to Crescent trail segment, which is the final link needed for the route between Center City and the Grays Ferry Crescent. A cable-stayed bridge will be constructed along the east riverbank, to accommodate the narrow riverbank and highly industrial area.  Construction is underway and is scheduled to be completed in 2025.

There are two projects in the works in Schuylkill County:  Schuylkill River Greenways is currently constructing a new connector bridge between the recently re-decked Auburn Bridge in Auburn and the existing trail on River Road, and a 4.5 stretch of new trail in St. Clair along Mill Creek is in the engineering and design phase, which will ultimately be the very end of the trail at the headwaters of the Schuylkill River.

Near the end of March 2022, a workshop was held in Muhlenberg Township about the creation of a 20-mile segment that will connect Reading with Hamburg. After completion, 120 miles of mostly continuous trail would exist from Frackville in Schuylkill County all the way to Philadelphia. After that, only 40 miles would be left to complete

While trail enthusiasts and community outreach are an essential part of trail development, the expansion and growth wouldn’t be possible without the funding required to create safe and well-designed trails. The Wolf Administration announced in May 2022 that $397,800 in new grant funding was approved to help Montgomery County construct the county’s final section of the Schuylkill River Trail. By closing this gap, there will only be one remaining gap in Manayunk standing in the way of having 40 miles of continuous trail from Center City Philadelphia to Reading. In June 2022, the William Penn Foundation granted the Schuylkill River Greenway Association $495,000 over 24 months that will be used to close critical gaps and strengthen funding for maintenance along the SRT in the Circuit Trails region.

Additionally, several grants have been received to conduct planning and preliminary design to extend the SRT from Bartram’s Garden to Passyunk Avenue. This project was recently awarded a $2.5 million Pennsylvania economic development grant for the construction phase of the segment, making this trail project one step closer to fruition. 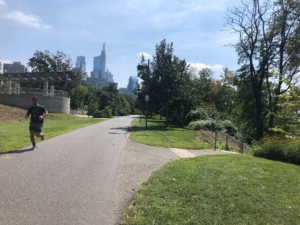 We’ll continue to keep you updated about the SRT’s progress and momentum. In the meantime, you can show your appreciation for these successes and all that the trail offers by planning a visit! And while you’re out adventuring, don’t forget to share your trail moments with us by posting on Facebook, Twitter, Instagram and TikTok and using #OnTheCircuit.